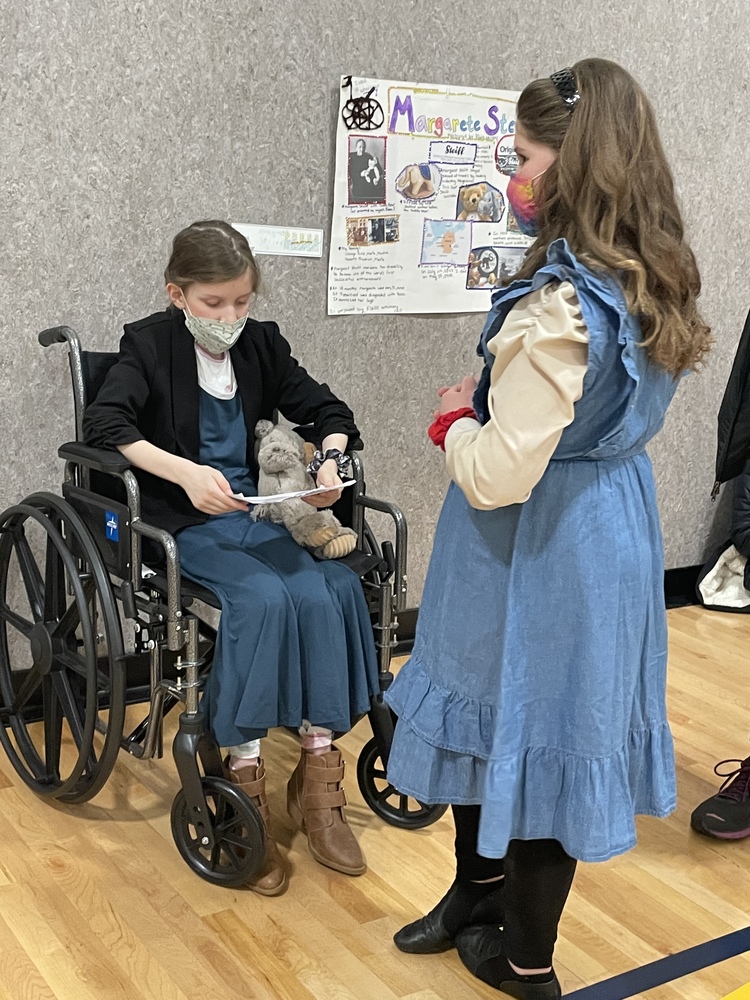 Once a year, the gymnasiums at Central and Island City elementary schools become bustling wax museums. Third graders dress as notable figures and line the four walls of the gyms, an informative poster hanging behind them. Tourists (aka family members) press the star on the wall beside each character to hear a speech in which the student reports on their researched biography subject.

At Central’s wax museum on March 10, one could awaken the figure of Rosa Parks and learn from student Rayah J., "Did you know that Martin Luther King, Jr. and Rosa Parks lived at the same time? If you didn't know, they both fought for freedom and they both waited until the world was right.”

On the much-anticipated evening, families made their way around the Central gymnasium learning about everyone from Georgia O’Keefe, painter, to Katherine Johnson, mathematician. Behind students were posters they created to illustrate the characters’ accomplishments.

The wax museum is a tradition that had to be adapted during COVID years. The last “normal” museum event was in March of 2020, just before the pandemic hit. With the return of the in-person museum this year teachers were pleased to get to meet students’ families, many of whom they had never met face to face. “It was moving to not only see students proudly presenting their information but to be in-person with families while celebrating their student’s achievement,” said Lauren Linn, one of the three third grade teachers at Central.

Shortly after winter break of each year, third grade students choose a notable person to research. They read books on their figure and learn how to take notes while doing their research. Teachers guide students in turning their notes into paragraphs, a rough draft, a final draft, and, finally, into a speech.

The wax museum is the culmination of their project. “This is the most involved project they’ll do in third grade,” said Linn. “I see such personal growth as students learn they have the stamina and perseverance to work five to six weeks on a single project.”

Dexter S. was nervous on his way to Central’s wax museum. He sported a suit for his costume, found his place in the gym, struck a lifelike pose as Martin Luther King, Jr., and waited for someone to press his star. “I felt so proud,” said Dexter when the evening was over.

Island City Elementary will host their wax museum in May. 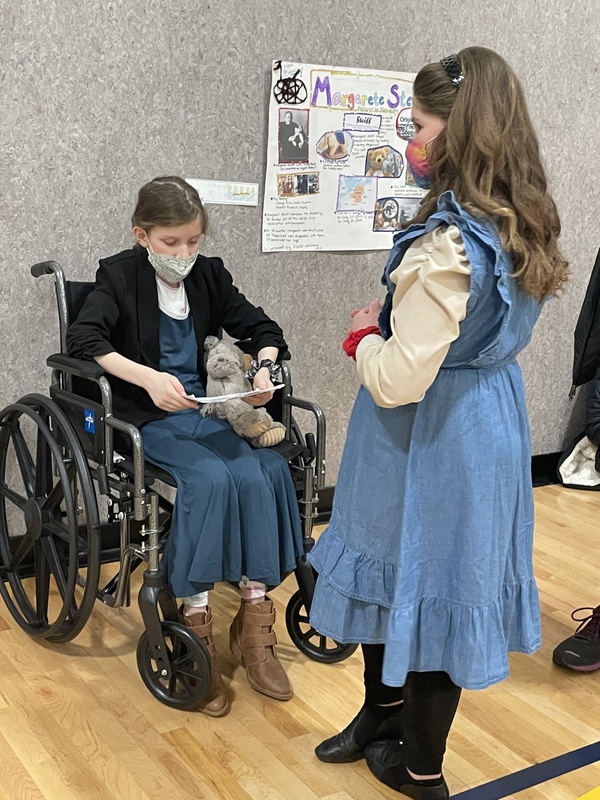 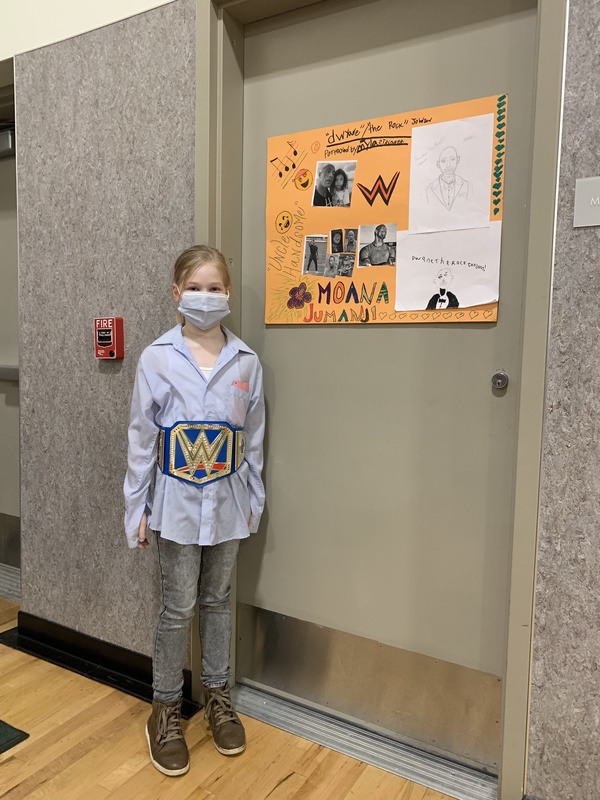